Portenta H7 simultaneously runs high level code along with real time tasks. The design includes two processors that can run tasks in parallel. For example, is possible to execute Arduino compiled code along with MicroPython one, and have both cores to communicate with one another.

The Portenta functionality is two-fold, it can either be running like any other embedded microcontroller board, or as the main processor of an embedded computer. Use the Portenta Carrier board to transform your H7 into an eNUC computer and expose all of the H7 physical interfaces. Portenta can easily run processes created with TensorFlow™ Lite, you could have one of the cores computing a computer vision algorithm on the fly, while the other could be making low level operation is like controlling a motor, or acting as a user interface. 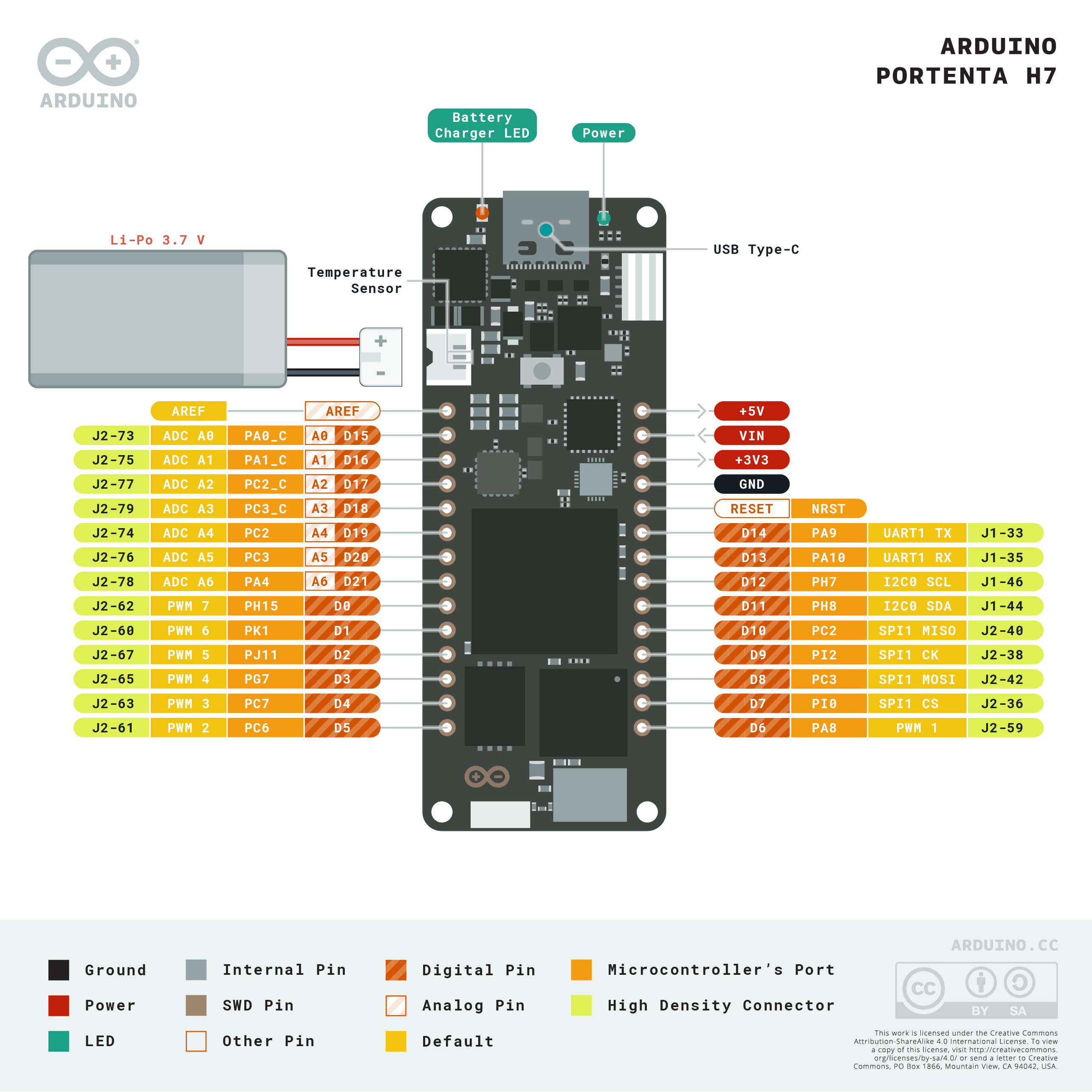 The Portenta H7 has an additional connector meant as an extension of the I2C bus. It's a small form factor 5-pin connector with 1.0 mm pitch. The mechanical details of the connector can be found in the connector's datasheet. The I2C port, also referred to as the Eslov self-identification port within Arduino, comes with: SDA, SCL, GND, +5V, and an extra digital pin meant to send an alarm to the otherwise plain I2C devices connected to it.

The pinout is shown in the following image:

If you are interested in designing your own modules for Arduino boards with this expansion port, the connector we suggest using is code: SHR-05V-S-B, also in the picture.